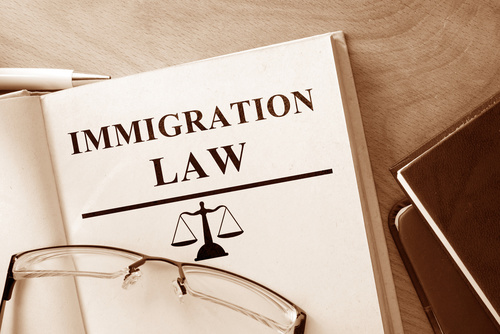 The National State of Disaster was yesterday extended by another month and it seems that level 1 may very well be the new normal for quite some time.  Though we are still in a state of lock down and the coronavirus is still within our society we are beginning to see the return to normalcy within our day to day life. Immigration services are in full swing with the exception of a few services, but it is expected that these will be activated in the coming weeks.  As things return to normal, we decided that in this week we share some information that is not COVID specific but rather information that has the nuts and bolts of immigration at heart.

In September 2019, the Minister of Home Affairs published several amendments to existing immigration regulations. At first glance it appeared the amendments were fixing some of the long-standing issues that were plaguing the immigration rules and appeared more like errors rather than deliberate move. For example, regulation 3 dealing with spouse visa applications was amended to clearly reflect different requirements for the visa when one is a party to a life partnership versus where one is party to a marriage.

If you have ever interacted with banks with an expired visa its well known that banks sometimes freeze your account pending the issuance of a new visa. This often causes so much strain on a person as often its out of the blue and beyond your control.  In the current climate of lock downs some would have no doubt been frustrated by banks that froze their accounts because their visas expired but could not apply for a new visa until as recent as the end of September.

We have long argued that banks do not have such powers or rights to freeze a person’s account and that Financial Intelligence Amendment Act never mentioned a person’s immigration status in their identification prescriptions under section 21.  The Immigration Act contains provisions which clearly regulate this kind of scenario, yet banks have continued to flout these laws arguing that they were empowered to do so under FICA.  Section 45 of the Immigration Act provides that prescribed institutions or persons, which includes banks,  are required to endeavour to ascertain the status or citizenship of persons receiving their service and to report any illegal foreigner to the director general. Importantly though is the following provision … provided that such requirement does not prevent the rendering of services or performance to which illegal foreigners and foreigners are entitled under the constitution or any law.

Recently the High Court in Pretoria confirmed that nothing in FICA authorises a bank to freeze any clients accounts.  In  Houtbosplaas (Pty) Ltd, TBS Alpha Beleggings (Pty) Ltd // Nedbank Limited the court held that “a business relationship between a financial institution and a customer does not entitle the former to restrict or freeze access to the account of the latter, even in instances where there is a suspicion that the transaction involves unlawful activity. It further stated that the courts have frowned upon the freezing of accounts even in more serious cases where unlawful activities (or a suspicion thereof) was conducted in those accounts.” Confirming that the practice of banks of freezing accounts based on FICA has no legal justification. This position is aligned with the provisions of the Immigration Act thus making any move by a bank to freeze an account unlawful.  A well drafted explanatory of the case can be found by click here.

Note: It is our responsibility to protect your privacy and we guarantee that your data will be completely confidential.